White with Blue Trim: The "Why" Behind the Classic Greek Island Aesthetic 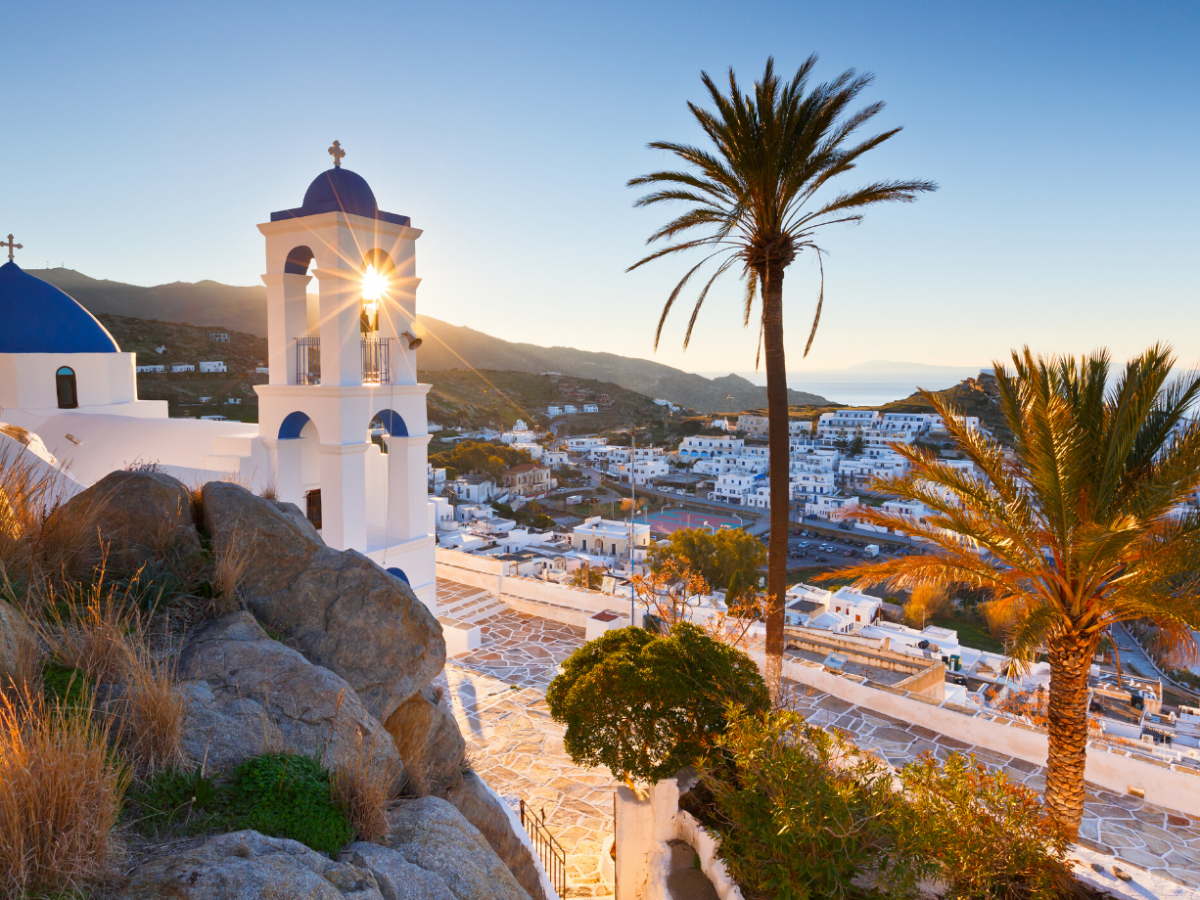 How did the white with blue trim trend start and why has it been so widely adopted?

Blue and white are the only two colors on the Greek flag. Maybe it's a show of patriotism? Or is it a practical choice? Maybe it just looks really amazing and that’s reason enough?

It’s actually a mix of all of the above. Let’s begin with the practical side of things.

There aren’t many forests in the Greek Islands so building materials typically consist of dark stone and concrete. A dark stone building under the Mediterranean summer sun can begin to feel like an oven. So the easy practical adjustment was to whitewash buildings.

Just how you’d prefer to wear a white shirt instead of a black one on a sweltering day, the islanders selected a heat reflective color to help cool their interior living spaces.

The blue trim was more of an aesthetic choice than the pragmatic whitewash, but it’s still quite practical. Traditionally, Greek Islands fishermen painted the hulls of their boats blue using a mixture of crushed limestone and a powdered cleaning product called loulaki. Loulaki was a practical choice because it was widely available and affordable. It was also a nice aesthetic choice because it’s a beautiful hue of blue -- very similar to the iconic blue domes in Santorini today. A bunch of uniformly whitewashed buildings would be pretty boring to look at, but by adding blue trim accents the Greeks achieved a very attractive, practical aesthetic.

Aside from being cost and climate effective, whitewashing buildings was once an important public health measure. In response to a 1938 cholera outbreak, the government ordered citizens to whitewash their homes in order to slow the spread of the disease. At the time, disinfectant cleaning products were not widely available in the islands, but they had plenty of whitewash.

Whitewash is sometimes called “lime paint” because it’s composed almost entirely of lime and water. Lime (the calcium compound, not the citrus fruit) is a highly effective disinfectant, so whitewashing buildings became a relatively easy way to improve sanitation and curb the outbreak.

The blue and white aesthetic took on nationalistic importance between 1967 and 1974 when Greece was under the rule of “The Regime of Colonels”. Following a military coup in ‘67, Greeks were encouraged to uphold the color scheme as a way of showing and inspiring national pride. It even became a short lived law in 1974. Soon thereafter though the military regime was ousted along with the restrictive law and Greece became a republic.

While Greek Islanders are no longer legally bound to uphold the white with blue trim style, many choose to. It’s quite a striking look, especially when entire villages adopt the aesthetic. Visitors love to see it in person and many residents take pride in carrying on the tradition.

And from our own experience, it’s an extra nice to touch to kayak up to a color coordinated seaside town. It’s just another of the many, many reasons to love kayaking the Greek Islands.